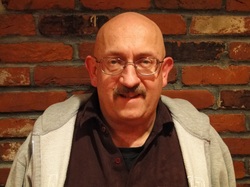 Comedian Rick Cormier of Chelmsford is the guy you should see if you want to spend the night laughing.


“I started about five years ago. My wife and I were talking about divorce and I needed some other diversion I guess,” said Cormier.


At the early stages of his comedic career debuting at Lou’s Place in Tewksbury, Cormier said, “Lou’s Place…that reminds me of an ancient Chinese proverb. Man who not pay mortgage lose place.”

Developing his parodies he started submitting them to amiright.com followed by soundclick.com and has roughly 30 parodies to this day.

“To much acclaim, a lot of them got a lot of favorable reviews and then I started recording those,” said Cormier.

Cormier said his first parody was written for a friend who was getting married for the second time. He explained that his wife’s name was Maureen as everyone called her Mo.

“What I did was a parody to Frank Sinatra’s ‘My Way’ and called it ‘Mo’s Way.”’  Cormier said it was a big hit singing the song at his friends wedding so he figured he would perform parodies live. “Please Mr. Postman to She’s Lindsey Lohan” and “I left my heart in San Francisco to I wrecked my heart with spam and Crisco” are other parodies Cormier put together.

In Cormier’s career as a comedian he has appeared at a comedy studio in Boston, Giggles Comedy Club, Elks Halls, VFWs and Knights of Columbus’ and the Lowell Brewery. He has worked with comics such as Dave Russo, Larry Lee Lewis, Steve Sweeney, Ira Proctor, Paul Nardizzi, Mike Donavan, Artie Januario, and Johnny Joyce.

“I just wrote a theme song for the Johnny Joyce Roast,” said Cormier. His song fit perfectly because of the letters in his name. “You know its M-I-C-K-E-Y M-O-U-S-E. Well his name is J-O-H-N-N-Y J-O-Y-C-E, Johnny Joyce.”

Cormier likes Frank Sinatra and The Beatles, and does “A day in the exodus.” He said this is the story of Moses set to a day in the life of The Beatles and has a lot of sound bites in it that he got off the Internet.

Sometimes Cormier does his own soundtracks and will work with mini-tracks isolating each instrument individually making the sound better and more realistic.

Aside parodies, Cormier also impersonates Stewie Griffin and Arnold Schwarzenegger and would like to incorporate more voices into his acts. Some of the jokes he does includes: “I've got a friend who is a mime... he's not talking to me.” “My ex-wife is a housekeeper...she got to keep my car too.” And “There are lots of new Blackberrys out there but, my favorite is still Halle.”

In life, Cormier is looking for a full time job while he sticks with comedy part time. He would like to become a recording engineer and has the qualifications to do so.

“I already know how to do it. I know the software, and can work with audio files. I know how to mix and edit. I know all of that stuff,” said Cormier. 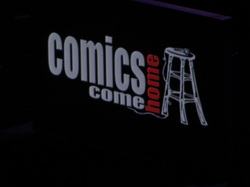